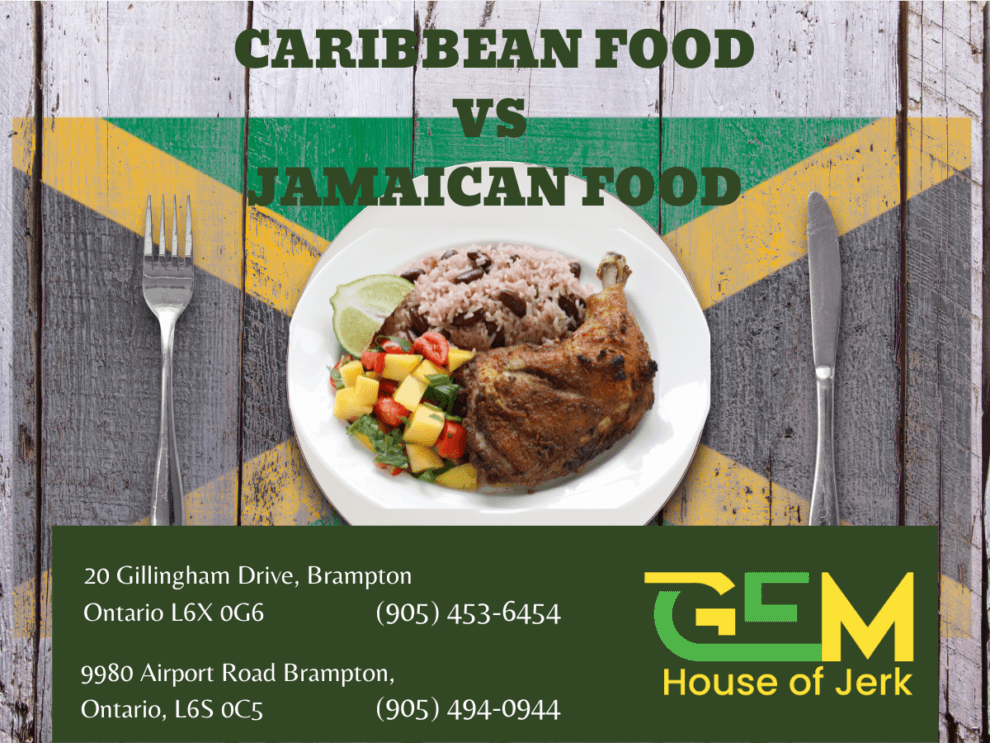 Caribbean food vs Jamaican food: What are the similarities?

The Caribbean and Jamaican foods contain many local plants. Usually they prepare the meals with lots of herbs, condiments specific to the Caribbean islands. Sometimes, they use the same meats, fish, veggies or fruit. However, plants or other ingredients may be called with a different name. A common example is the “cassava” in Jamaica and “yuca” in the Caribbean Spanish-speaking countries. Cassava accompanies many dishes.

In the Caribbean food culture, green leafy plants are special. Healthy antioxidant plants are the basis of some meals. For example, Jamaicans use the callaloo in some of their meals. And yet what makes

Some plants are specific to Jamaica. Ackee is considered a national fruit. And part of the National Jamaican dish. “Ackee & Saltfish” is one of the best Caribbean foods.

However, it’s the way Jamaicans cook the meals that sets them apart. Thus, cooking to get the dark, browning sauce. In various Jamaican food recipes: stews, jerk, soups.

On one hand, jerk and patties are distinct in Jamaican foods. You taste the Jamaican source. On the other hand, Jamaican foods include hot spice, Scotch bonnet peppers. Unique to Jamaican dishes making them piquant, peppery. And they are often in Jamaican food recipes.

So, what would you  care most about Caribbean food vs Jamaican food? Patties, jerk, cassava, callaloo, saltfish, scotch bonnet peppers. The choice is up to You!